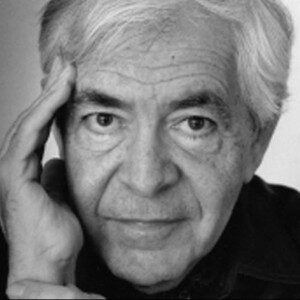 The title of the exhibition is already a reason to dream: «At the shadow of the young girls in bloom», A l’ombre des jeunes filles en fleurs.The mythic book by Marcel Proust: A la recherché du Temps perdu, «Remembrance of Things Past». A work (thirteen volumes) that I read in Spanish and in English before moving on to French.

As I said on one occasion, I am a «fanatic» of Ars Atelier directed by Zoé Valdés and Ricardo Vega (not forgetting la jeune fille en fleur, Luna Vega Valdés), because each exhibition is an opportunity for aesthetic pleasure and friendly encounter.

This explains my interest in this new exhibition. First strike: the sobriety of the paintings being shown. 7 paintings.  A symbolic number. Coincidence or Santería magic? The exhibition begins September 7 and ends October 7.

And Ramón Unzueta deserves all the luck of the visible and invisible worlds.

Attention! Between María and María, Unzueta «sneaks in» three Proustian names: Odette la coquette, Gilberte, the childhood love,and, above all, Albertine, the passion, the prisoner. Albertine, a fiery love that, in reality, was none other than Alberto, the chauffeur and the passion of Proust.

Unzueta knows the subject matter deeply and shows (Oh, prodigy!) a black sense of humor, tender and ferocious at once.

Third strike (like the third act in a stage play)… I don’t know why, I imagined an old man in love with literature and the ocean.

An excellent trait of Ars Atelieris that it always shows a documentary by Ricardo Vega of the painter and his work. So I was inside watching the film that was being projected at the entrance of the atelier. I was watching it from the back, that is to say, backwards.

When I stepped outside to watch the documentary from the front, I realized that its subject was a young forty-eight year old artist. It was then that Ricardo Vega introduced me to the painter in person (who looks much younger than his age) and we could converse freely.

Another point we have in common: Unzueta is a passionate fan of silent films. And he admires, as I do, Alla Nazimova, the gay wife of Rudolf Valentino, the bisexual heartthrob of silent-era Hollywood.

Blue is my favorite color. Blue is my color. And I could be wrong, but it looks to me as if the seven Marías have something in their eyes reminiscent of Bette Davis’ eyes.

The coquettish gaze of María Inmaculada, the innocent gaze of María del Mar, the somewhat amazed gaze of María the Miraculous, the hieraticgaze of Gilberte, who upholds the tradition of María Odette, the mother of Gilberte Swann, the tragic gaze (bien sûr!) of the Dolorosa and the challenging gaze of Albertine, the Prisoner in search of her freedom.

Beware, viewers of the exhibition. Unzueta’s humor goes beyondwhat you may suspect. All his Marías have, besides blue eyes the color of the sea, exquisite swan necks. Le cygne. Swann is the central character that initiates Proust’s saga. Take onenout of Swann and Swan is what remains.

Unzueta (a surname of Basque origin) belongs in that special category. From his output, which is vast, according to the catalogue, I only know the seven paintings exhibited in Ars Atelier.

No one knows where Basques come from. No one knows the origin of the Basque language. If Unzueta is not of Basque origin, I appoint him Basque by adoption.

In reality, Unzueta, like all great artists, is beyond countries and borders. A Martian fallen from the sky. A dolphin born of the sea. That is the true sign of every great painter.

Thank you, Zoé, thank you, Gustavo, thank you, Ricardo, for offering Paris the opportunity to know a painter of rare quality. And if the French don’t fill the atelier and don’t purchase the paintings… Tant pis pour Paris!

May the Marías, and María, Mother of Jesus, give Unzueta a long life. To the great joy of the art of painting. And art in general.