From Island to Island

The son of Ramón Unzueta, a Basque settled in Cuba, and of Cuban Enaida Chávez, Ramón was born on July 14, 1962, in Havana. In this city, specifically in the Centro Habana neighborhood, very close to the coast, he spent his childhood, his adolescence and his early youth, with his only sister, Enaida.

His vocation for the plastic arts manifested itself from a very early age, as his first drawings and childhood paintings attest. At 10 years of age, his father gave him a tempera paint set and a sketch pad, and this present motivated him for the rest of his days. This artistic sensibility, which includes his passion for the cinema, the art form that has most influenced his work permanently, led him to register in the Escuela Nacional de Artes Aplicadas (National School of Applied Arts), in Havana. In this institution he studied, and graduated with an excellent record, in the year 1984. Among his professors was the famous Carmelo González, who was his mentor and chose him as his favorite disciple.

As a professional, Unzueta worked as an illustrator and draftsman for several editorial houses of higher education and for publishing houses specializing in children’s literature. He also collaborated with magazines and very popular news publications, which gave ample dissemination to his artistic work. During this period, before his final departure from Cuba, he perfected his technique as a draftsman and a painter with the use of watercolor, pen and pencil, inks and oils, and even developed the art of the collage, which he would later take to plastic expressions of total virtuosity evident in his mature works.

Beginning in 1992, and for two decades, he resided permanently in Tenerife, in the Canary Islands, Spain. There he painted tirelessly in order to leave behind a highly personal and incalculable artistic patrimony, which is still in the process of being classified and exhibited to the public. Meanwhile, he travelled to study the works of the great universal masters of painting, exhibited in the best museums, such as El Prado, in Madrid, or El Louvre, in Paris.  He also travelled to Germany, England, Italy, Portugal, Mexico, the United States and Sweden. 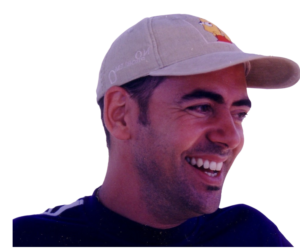 From Spain, Unzueta started a collaboration with his friend, the Cuban writer Zoé Valdés, exiled in Paris. From this close creative friendship remain two children’s books, which are works of art for their original drawings: Los aretes de la Luna, published by Editorial Everest; and Luna en el cafetal, from the prestigious French publishing house Gallimard. Equally, Unzueta illustrated Valdés’ texts for such well-regarded magazines as Travel and Leisure, in Spanish, from Editorial Televisa, and collaborated with the children’s magazine Limón partido, published in Miami.

The year 2004 marks a turning point in Unzueta’s ascendant career: Unzueta Gallery is inaugurated in Miami, Florida, the cultural destiny where his work has been exhibited permanently and where space has been created for other artists and writers who have exhibited their pieces and presented their books as part of cultural events of great repercussions. Equally, his work has been exhibited in galleries in France and Spain, attaining success not only with the audience and sales, but also with specialized critics. 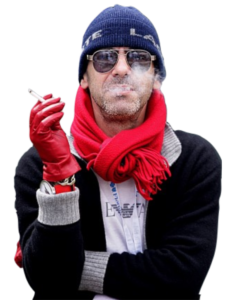 In 2006, he was commissioned by the city of Miami to create the poster celebrating Hispanic Heritage.

During his first personal exhibition in Miami, in the year 2001, Unzueta was honored with the Certificado de Visitante Distinguido (Certificate of Distinguished Visitor), awarded by the Honorable Mayor of Miami-Dade, Alexander Penelas. He was also honored with Las llaves de la Ciudad (the Keys to the City), presented to him by the Honorable Senator Gwen Margolis, Chairperson of the Board of County Commissioners, among other recognitions received throughout his career.

At only 50 years of age, Ramón Unzueta Chávez died in Tenerife, Spain, on October 5, 201